Stories of the Karoo

From the distant dark days of Jan Prinsloo to the modern age of motorbikes and tarred highways seems a great jump, but the mysterious atmosphere of the Little Karoo is unchanging. Not far from Uniondale on the national road, there is a turn-off that leads to Barandas. Here no one will pick up a hitchhiker – especially a girl – around Easter. For it is at that time that a young girl stands hitchhiking at the roadside, dressed in dark slacks and shirt. She has accepted a lift from many an unsuspecting motorists – only to leave them, suddenly and inexplicably, 17 km further on, at the next turn-off to Barendas.

In her lifetime, this vanishing lady, one Marie Charlotte Roux.is said to have been a nurse, who lived at Riversdale in the Western Cape. One wet and stormy Easter weekend, she was travelling with her fiancé to Bloemfontein to visit her parents when tragedy struck. Near Uniondale, at the first turn-off to Barendas, she fell asleep. At the second turn-off to Barendas, 17 km further on, there was a terrible accident and she was killed instantly.

It seems as though her abrupt transition from sleep to death, without even an instant’s consciousness, confuses her pathetic spirit, which is always going home to 2 Porter Street; she does not mention the name of the town.

On Easter weekend in 1976, she was picked up by a kindly motorist, a Mr Le Grange of Oudtshoorn. She said she was on her way to 2 Porter Street and seemed quite normal and happy.

However, as they reached the second turn-off to Barandas, Mr. Le Grange glanced at his dark-haired passenger and was horrified to find nobody there. Thinking she had perhaps fallen out, he reported to the police, but though they went back to the scene in a police van, no trace could be found of the girl.

The most recent and hair-raising report of this persistent ghost was made in April 1978, when a young man actually gave the lady a lift on his motorbike. 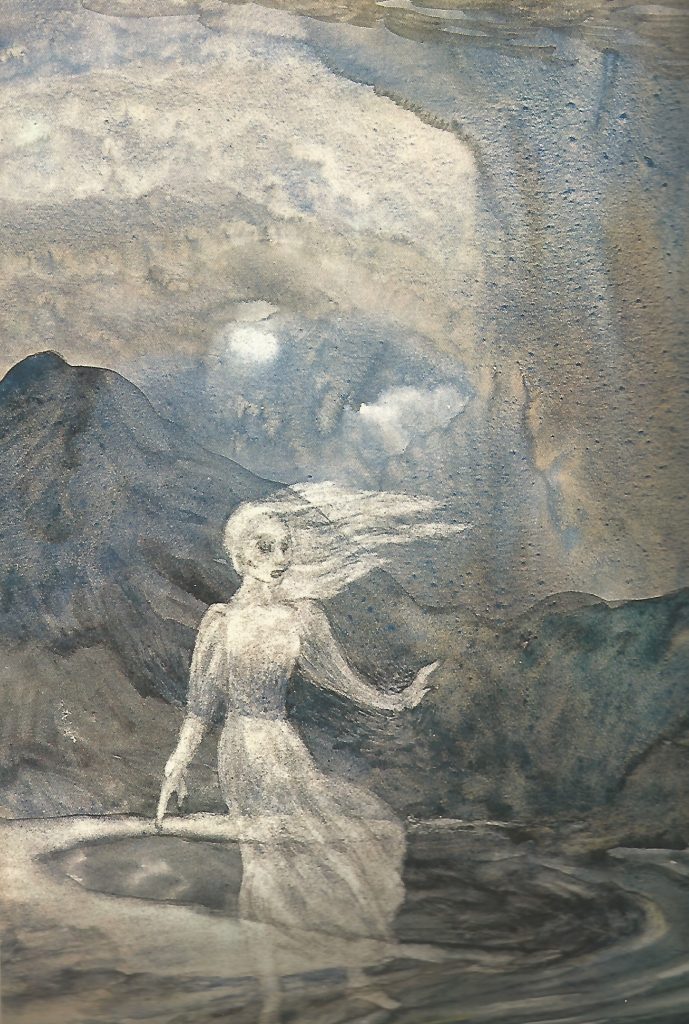 Mr Dawie von Jaarsveld from Johannesburg was going to visit his girlfriend at Oudtshoorn. He decided to take the road through De Rust, but it was growing dark and beginning to rain dismally. He had actually lost his way when he arrived at the first turn-off to Barandas. He was surprised when the headlights of his motorbike shone on the figure of a girl wearing dark slacks and a blouse. She was soaking wet as she stood watching him. Touched by her plight, he offered her a lift into town, and helped her don his spare crash helmet; he even gave her an earphone so that she could listen to the music as they rode. They set off briskly for Uniondale and travelled the next 17 km to the second turn-off of Barendas. Just at that point he felt the back wheel skid slightly and thinking he might have a puncture he stopped to investigate. The girl had gone. With a growing sense of horror, he saw that the spare crash helmet was still firmly fastened to his motorbike and the earphone he had given her he found firmly plugged in his own ear! By the time he reached the Petros Café at Uniondale he was in sore need of the cup of strong hot coffee that was given him …

In a totally different locality another modern day spectre takes the form of a ghostly black car. Between Paarl and Worcester on the national road to Johannesburg, the Klein Drakenstein Mountains are traversed by the famous Du Toit’s Kloof Pass. Here, several years ago, while driving by the terrifying sight of a large black car, surrounded by a red glow, driving straight for him a breakneck speed. Mr Heidman had no room to swerve in the tunnel and could only brake and brace himself for the impact. It never came. The car just passed straight through his vehicle and hurtled onward.

In 1791 this car (which has frightened many a night-time motorist) was actually pursued by the police, who were on the look-out for a big black car suspected of harbouring drug smugglers. At exactly midnight a big black car roared past them and into the tunnel. They instantly gave chase but were stunned when the car ‘turned’ in the tunnel and subjected them to the same nerve-shattering experience suffered by Mr Heidman. The police were, however, able to confirm that the car had no driver!

A girl hitchhiker is also supposed to haunt the verges of Du Toit’s Kloof, but she is not as well authenticated as Uniondale’s lady – for no one who meets her lives to tell the tale: it is said that whoever takes her in their car is always involved in a fatal accident ….

Bain’s Kloof Pass is haunted by a wistfully gay little troupe of hikers, dressed in quaint Edwardian costume. On this pass is a commemorative plaque with these words: “Ter Gedagtenis Aan die Durf en Heldemoed van L. van Dyk; F. van Dyk; C. Krynauw: Lettie de Jager, Witrivier Kamp, 23 Mei 1895” This is the reminder of a poignant tragedy of the last century. A party of 13 young girls from the Huguenot Seminary in Wellington set out to climb the 1686 metre Sneeukop on 22 May 1895. They were caught in bad weather and made the mistake of splitting into two parties. The first group returned to the seminary at 8:50 p.m. but the second failed to return. Searchers with lanterns set out to find them and discovered them marooned on the far side of the river, which had come down in spate. While trying to rescue them, three of the male rescuers and one of the female climbers were drowned before the horrified eyes of their companions.

It is said that the spirit of the dead schoolgirl climber can be seen on stormy nights when the river runs high, flitting along the road with outstretched hands, and her plaintive call, “Wait, oh wait for me!” can be heard on the wind …

And that’s the end of that story! 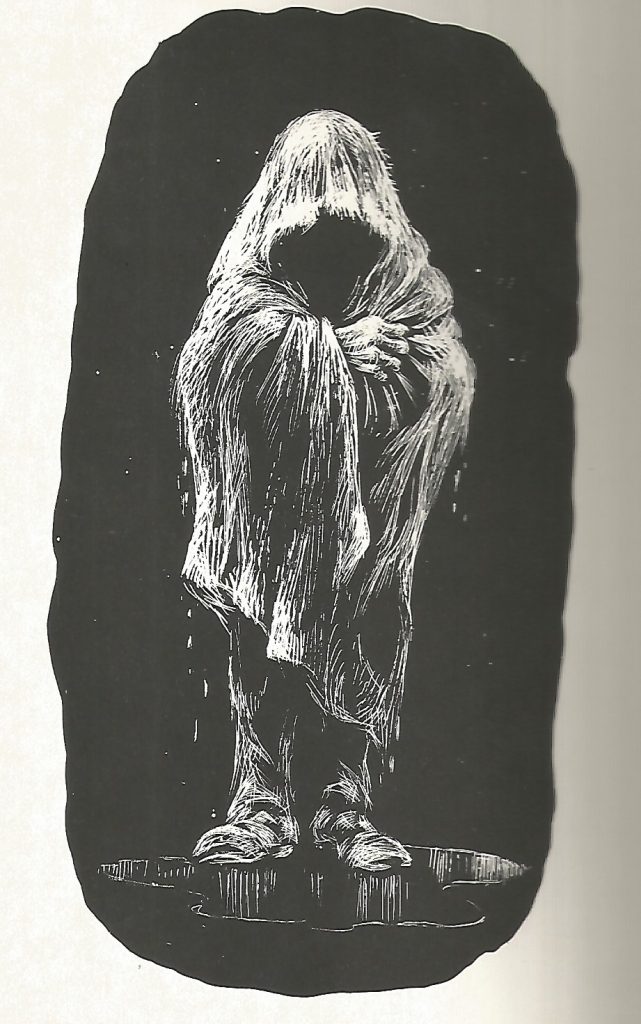 More than 1200 metres above the level of the Little Karoo, the road crosses a saddle on the summit of the magnificent Swartberg mountains. This is the highest point of the Swartberg Pass, and the road immediately commences an involved and winding descent.

Just below the summit ridge lurks the ruins of a building, sparsely protected from the bitter winds by a straggling grove of pine trees. This is the ruin of the old tollhouse originally built to house convict labourers employed on the construction of the road between 1881 and 1888 by Thomas Bain, son of the famous Andrew Geddes Bain, who was responsible for Bain’s Kloof Pass in the Western Cape.

This tollhouse has long had the reputation of bring haunted. A South African writer, T.V. Bulpin, had a strange experience on a walking trip through the pass.

Mr Bulpin and two friends were caught by very bad weather as they reached the summit of the Swartberg.

The sought refuge from the squalls of sleet and icy rain in the portion of the building that still remained standing. This consisted of two small rooms with an interleading doorway. Both rooms were damp, dreary and ankle-deep in dead leaves that had blown through the half-open door. Battening this firmly shut, the three men picked up some old boxes that were lying around and made a fire with them in the dusty grate in the front room. They boiled water for coffee and were soon warm and comfortable.

About an hour later, when the fire had burned down to glowing embers, a soft knocking on the door was heard through the spatter of rain. Surprised, but thinking the ruin had attracted someone else caught in the wild night, they opened the door. A wet, dark figure stood on the doorstep, his old coat black with water and an old sack pulled over his head, glistening with melted sleet and completely obscuring his face.

Mr Bulpin quickly invited the stranger to come inside, which he did, but with an odd reluctance. He refused to sit with them by the fire but walked through the warm room into the cold, dark room beyond, where he sat down with his back to the wall. The water ran off him in small rivulets. They brought him a cup of coffee and left it with him, then made themselves as comfortable as possible and were soon fast asleep.

The sun was well up when they awoke. They stretched the stiffness out of their limbs and made fresh coffee. “Let’s give our quiet guest some coffee too”, suggested Mr Bulpin and carried a cup into the next room. He looked around, puzzled. There was nobody there. Not a leaf on the floor was disturbed, not a trace of a footprint remained nor a drop of water from a soaking wet coat. The quiet man had vanished as through e had never been.

And that’s the end of that story!