The Garden Route is a colourful tapestry of farmland, Big 5 game reserves, ancient Fold Mountains, Seashores and Semi desert, sprinkled with its fair share of cosmopolitan cities and quaint coastal and Karoo villages. This magical tour will take you through all of these and so much more 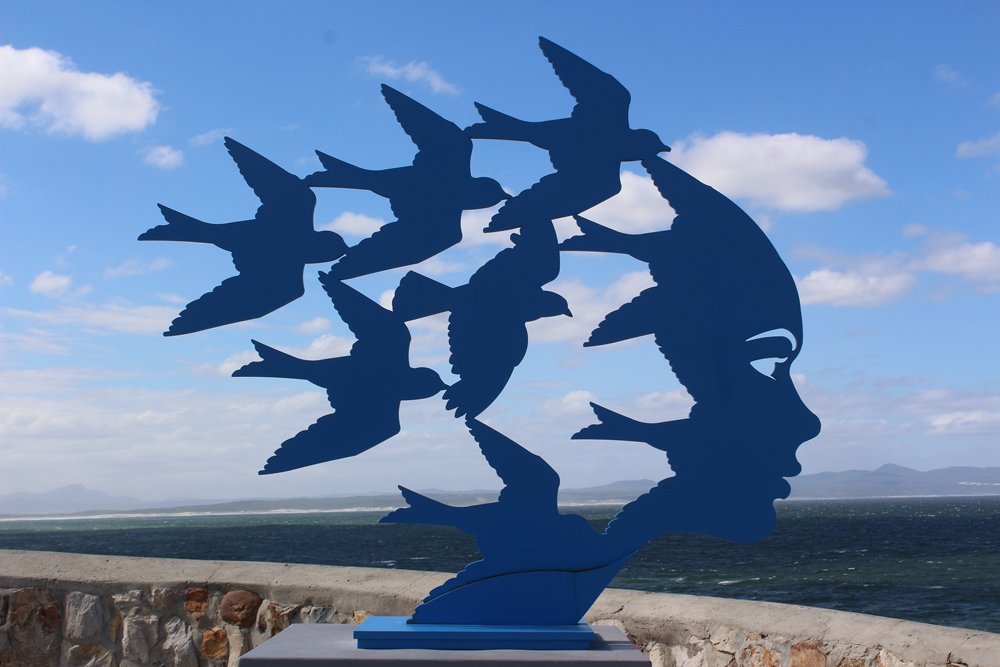 Meet and greet by Alan Tours in Cape Town and depart through expansive wheat fields to Hermanus where we walk along the shoreline and if lucky, we spot a seasonal Southern Right Whale (from June to November) as they lazy in the ocean below the cliffs.

Hermanus is known for the best shore based whale watching in the world. We check into our hotel and freshen up before we meet at the restaurant for a delicious dinner.

After our meal we head for bed, lulled to sleep by the waves breaking on this restless coastline.

After a delicious breakfast, we check out and head inland into the countryside through wheat field that’s extend for as far as the eye can see. Here we cross one of the rivers before we stop for lunch en route und continue to Mossel Bay.

Departing Mossel Bay and make our way up one of the nearby mountain ranges via a steep pass to overnight in a special retreat in this Fynbos covered mountain range.

We freshen up before we meet for dinner at the hotel restaurant. 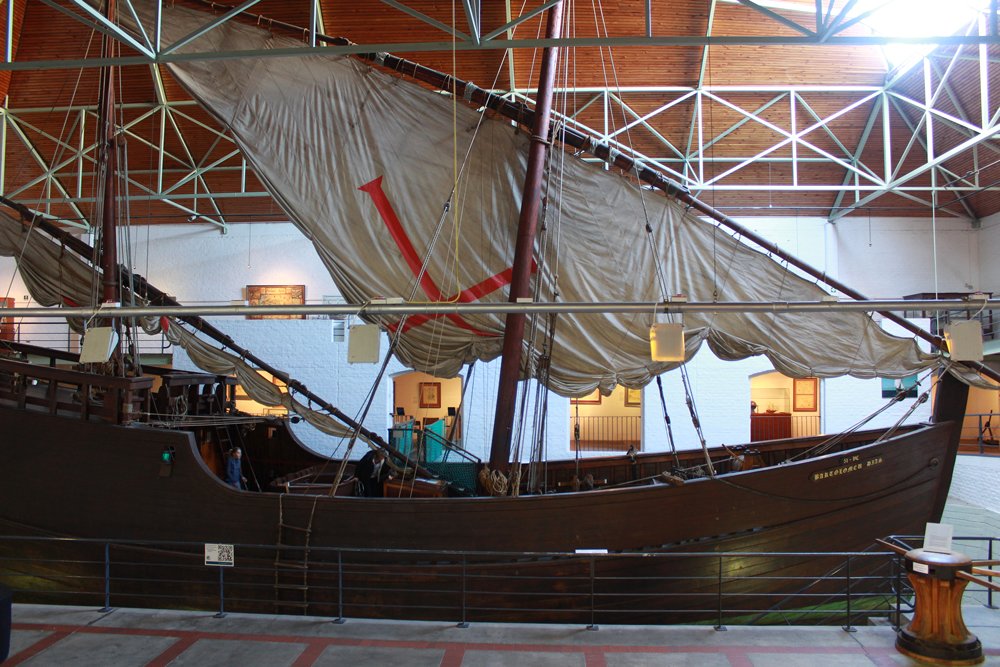 Wake up for a delicious breakfast, check out and depart for the famous Garden Route and Knysna with its spectacular Knysna heads and lagoon.

At the Knysna Waterfront, we enjoy some time and have lunch at a restaurant overlooking the entrance of the lagoon before departing to our overnight accommodation in a lovely guest house situated a short walk away from the beach on a board walk in the holiday town of Plettenberg Bay with it spectacular views out over Formosa Bay or ‘beautiful bay’ as first described by the early Portuguese explores.

We enjoy a delicious dinner at a local restaurant before a good night’s rest.

We check out after a delicious breakfast, continue through the heat of the Garden Route where hazy mountains lie carpeted in lush forests bordered by colourful fynbos, the diverse indigenous flora of the region.

Descending to the spectacular scenery of the Tsitsikamma National Park, at sea level with stunning views over the Indian Ocean, we take a walk to the mouth of the river over suspension bridges that span these amber coloured waters, overlooking the bay and the cliff faces as they meet the Indian Ocean.

We pass the Bloukrans river gorge with its massive arch bridge and one of the highest Bungee jumps in the world at an astonishing 216 m above the riverbed below. 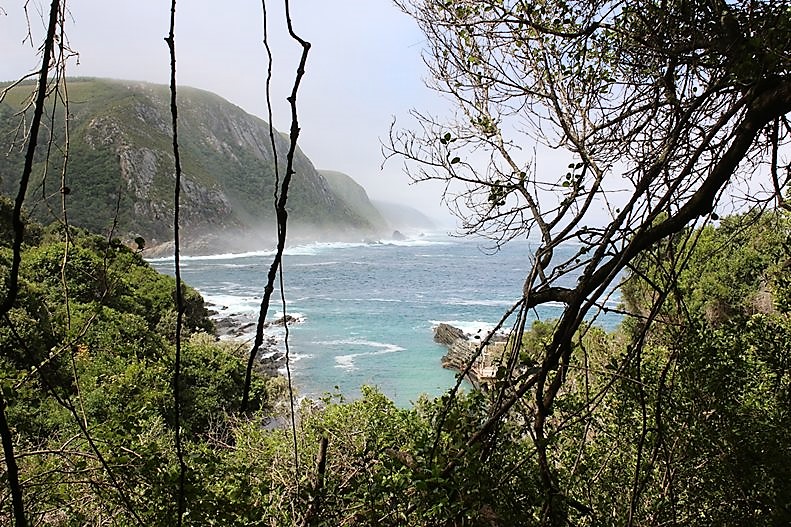 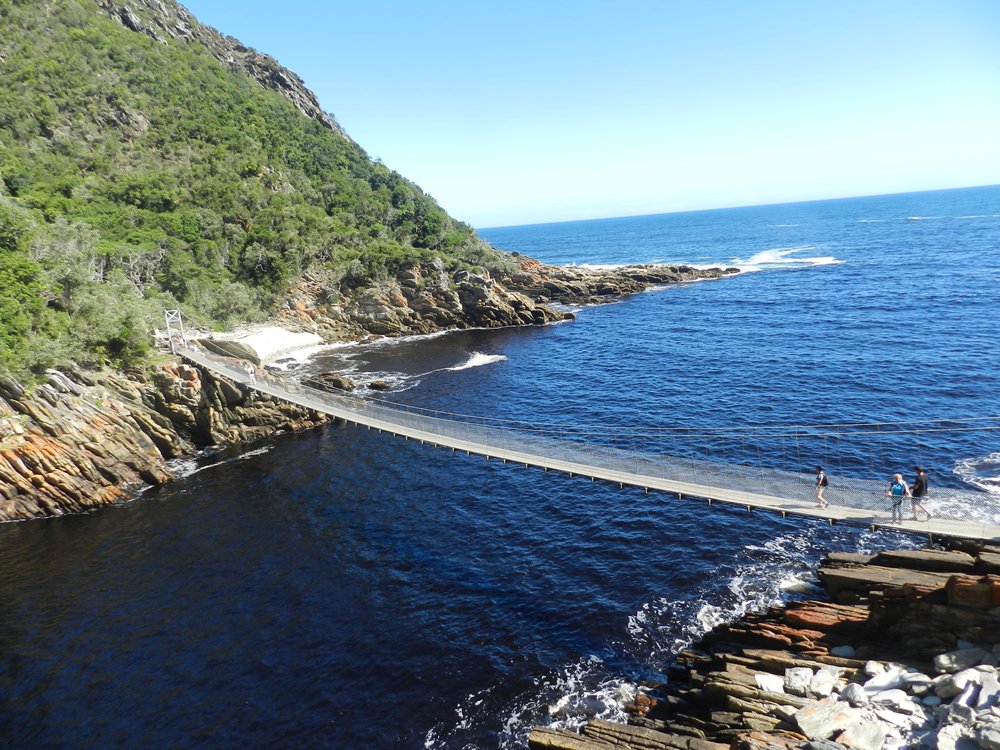 Continuing along the Garden Route we stop for lunch en route before arriving at the Addo Elephant National Park, main camp.

Here we check into our accommodation, freshen up before heading out for a game drive in the tour vehicle.

The malaria free Addo Elephant National Park is home to close to 700 free roaming Elephants and a wide variety of wildlife such as Zebra, Warthog, Ostrich, the elegant Kudu and many more including the traditional BIG 5, Lion, Buffalo, Leopard, Rhino, the unique flightless Dung beetle and of course, the Elephants.

After an exciting and informative game drive, we return for dinner at the Park’s restaurant and a well-deserved rest accompanied by the sounds of the African bush. Early morning wake up for coffee, tea and rusks before a game drive in the tour vehicle. This is the best time to catch the predator wondering the thickets before they lie up for the day.

The awesome Lion live side by side with Warthog, Zebra, Kudu, Eland and Red Hartebeest in this 48 thousand hectare section of the park.

Returning to the rest camp, we take brunch at the park restaurant, allow then some time to rest, visit the underground hide or the Interpretive Centre before we prapare again for an exciting and educational game drive in the tour vehicle. Learn more about the subtropical thicket vegetation, the medicinal and esoteric uses man has made of some of the plants, while enjoying the rich and diverse reptile and bird life that inhabit this area. 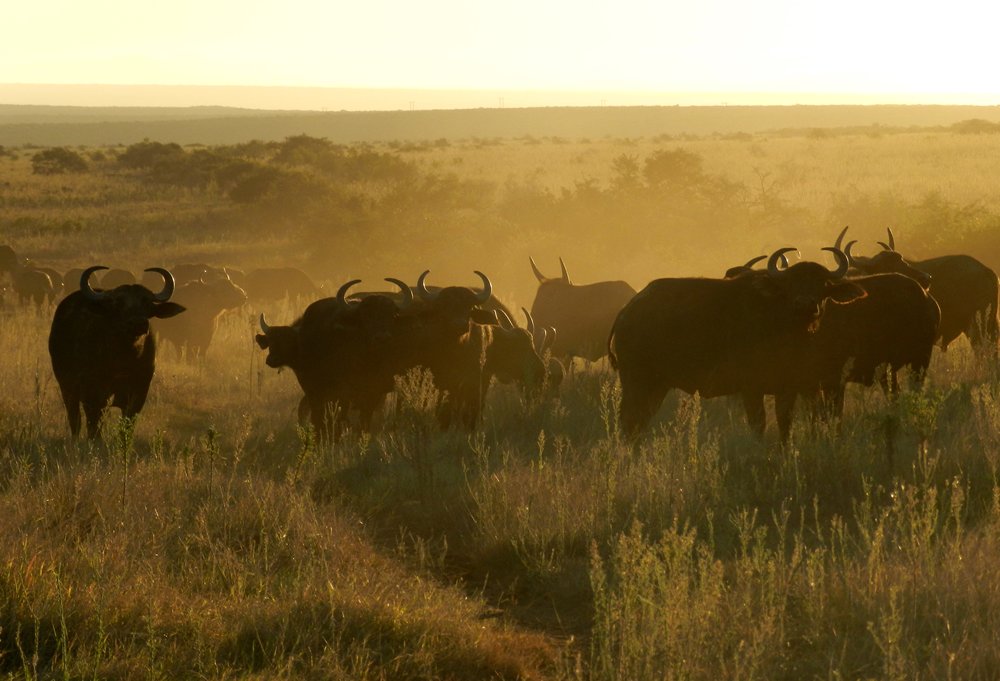 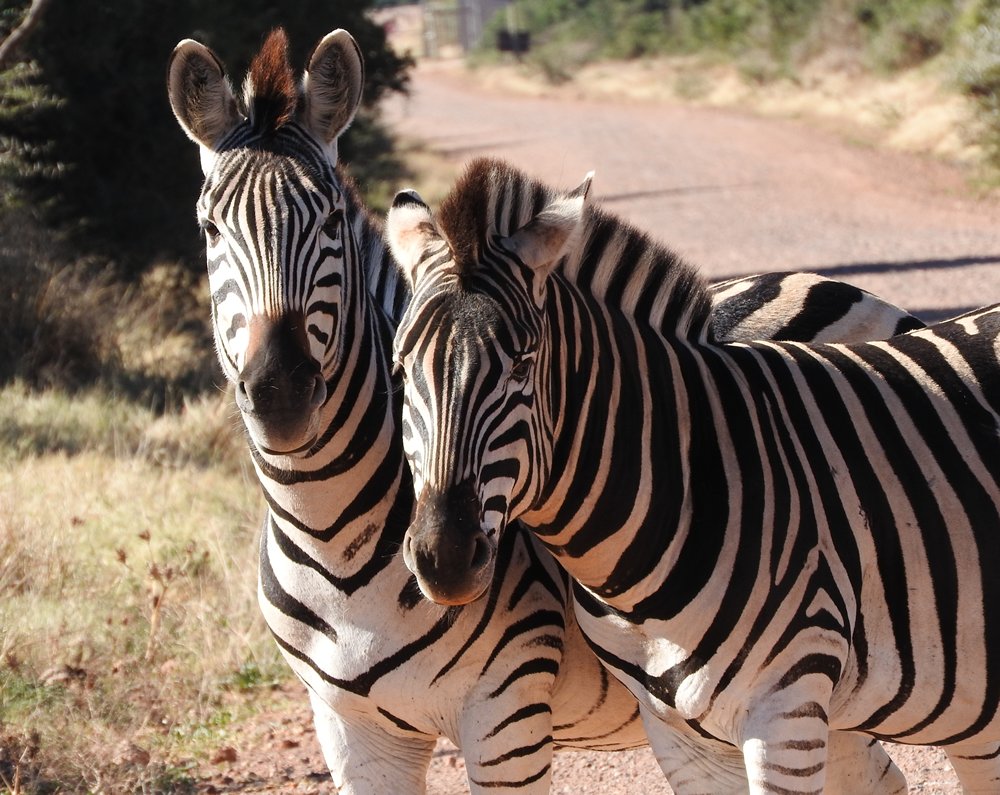 We return for dinner at the restaurant and a well-deserved night’s rest accompanied by the sounds of the African night. Black backed Jackal and Spotted Hyena being frequently heard from the camp. 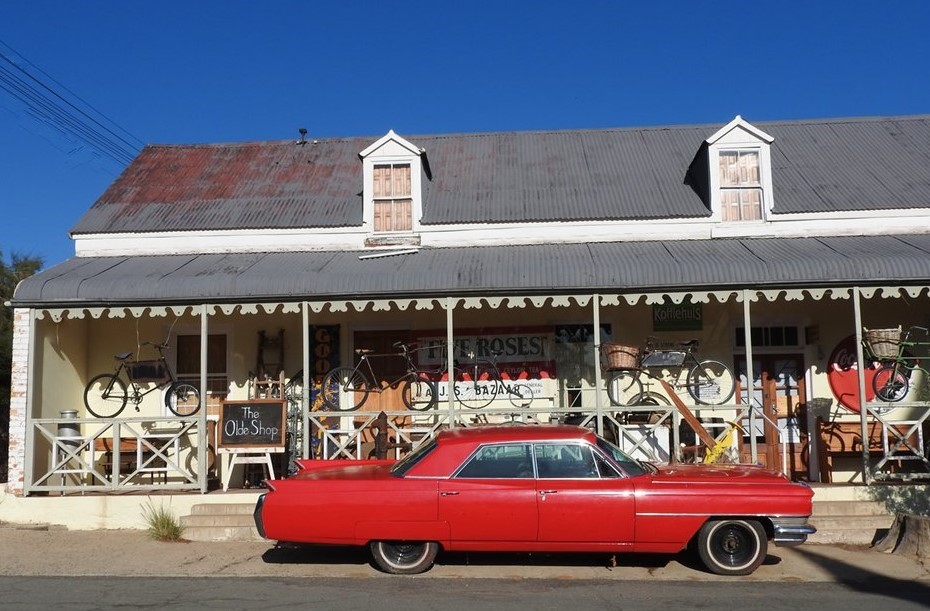 Early morning game drive in the tour vehicle before we take breakfast at the park restaurant, packing up and checking out as we head for our next destination, the historical town of Prince Albert. 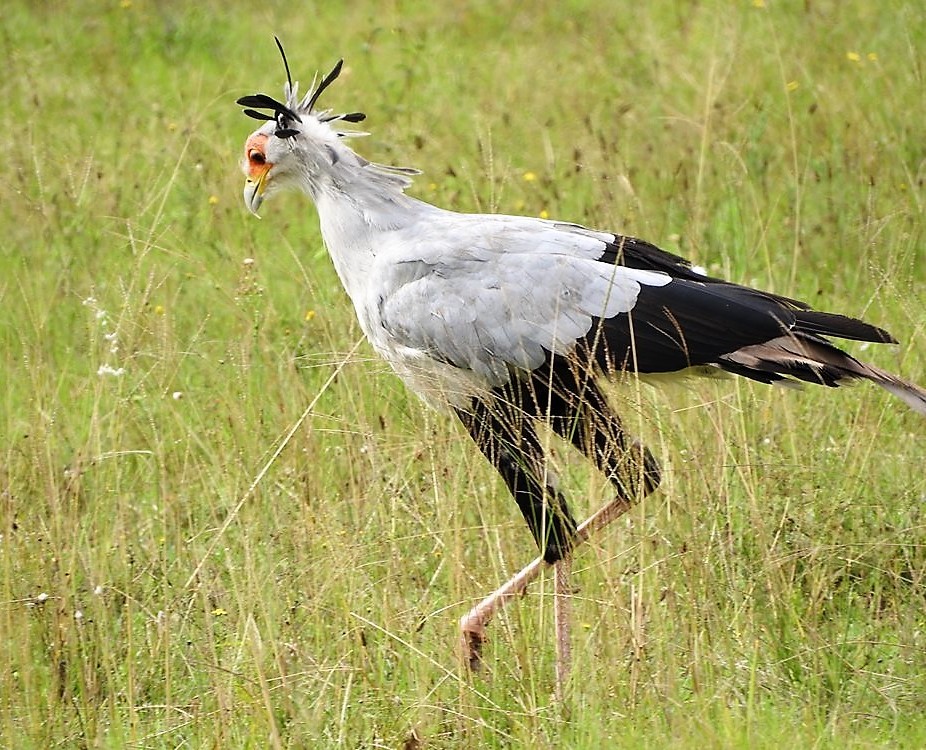 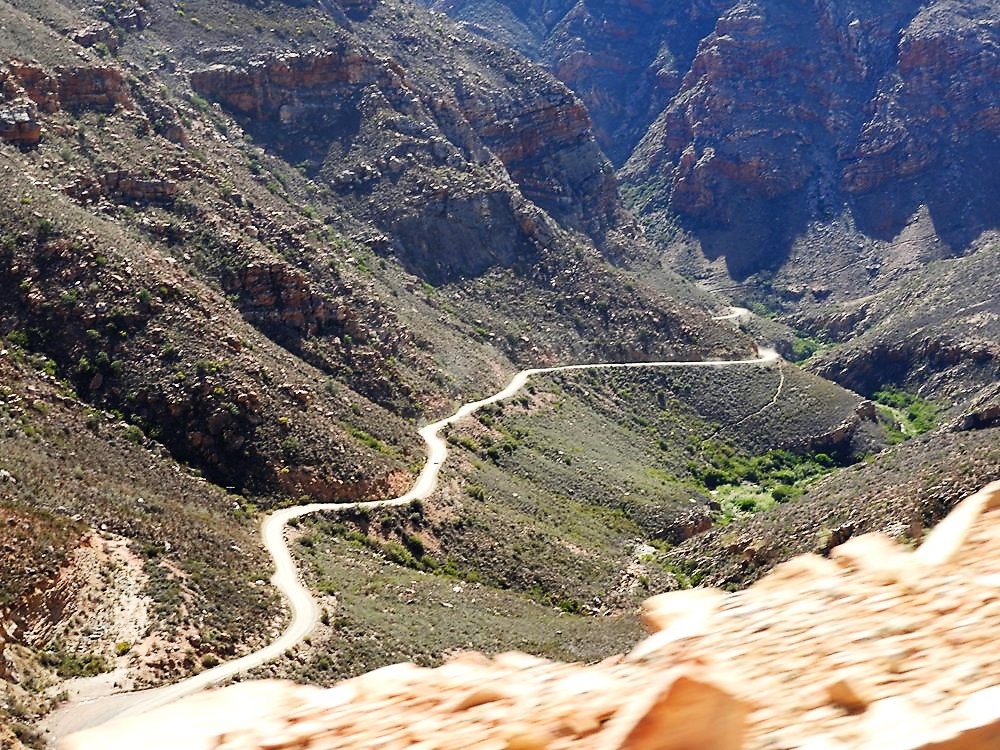 We travel a spectacular route through the tortured mountain range, hugging the amber coloured waters of a river as we finally descend into the great expanse of the Little Karoo.Lunch en route.

Here, we check into our accommodation in a tastefully decorated guesthouse. After our evening meal at a local restaurant we head for bed and a peaceful night’s rest in the cool, clean Karoo air.

After a well prepared breakfast in the sunlit breakfast room or el fresco in the peaceful garden, we make our way up and out of arid Karoo up the spectacular Swartberg Pass, a national monument offering spectacular views both to the south and later to the north of the country as well as of the contorted and twisted rock formations of the Cape Fold mountain system. 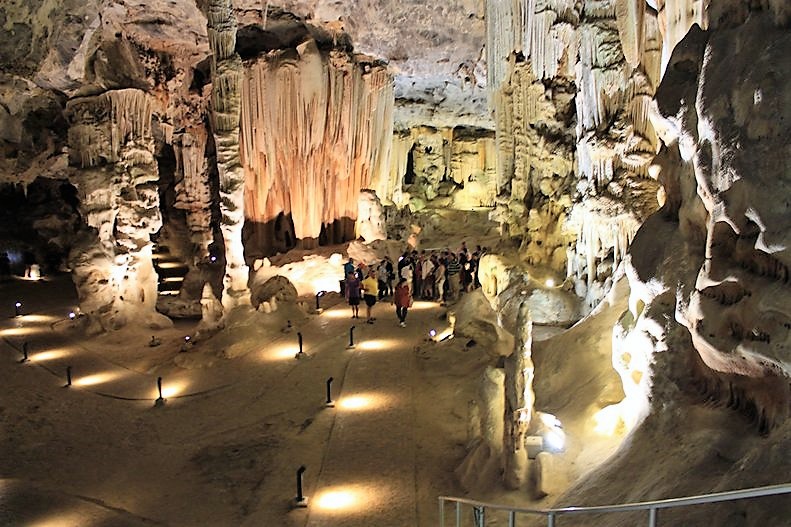 Slowly, we drive through fynbos covered slopes with Proteas, Ericas, Restios, Watsonias and Gladiolus that decorate these mountains. Contorted rock formations and tight winding roads provide us with a memorable drive.

We continue to the magnificent Cango Caves for a guided tour of these incredible underground caverns with some of the biggest stalagmite formations.

Travelling through Oudtshoorn, a town that sprung up on the back of the Ostrich feather fashions of the late 18th and early 19th centuries, we drive through the town stopping to view some of the fine colonial architecture, including the Feather palaces as the large houses built by the feather Barons are referred to.

These were mostly merchants who made their fortunes from the Ostrich feather boom. Leaving Oudtshoorn behind, we continue along the R62, a characterful and colourful alternative to the busy highways.

We have lunch en route, continue travelling through this picturesque countryside before checking into our accommodation in the small tranquil Karoo town with its neat houses, large fragrant gardens and crisp clean Karoo air and enjoy our evening meal in a local restaurant before a restful night in this quite valley.

After breakfast, we check out of the guesthouse and spend some time in before travelling inland through the historic and picturesque Cape Winelands.

We stop for lunch, at one of the local restaurants or wine farms before finally descending the great mountain ranges that separate Cape Town from the interior as we approach our mother city, Cape Town, nestled in the warm embrace of Table Mountain. 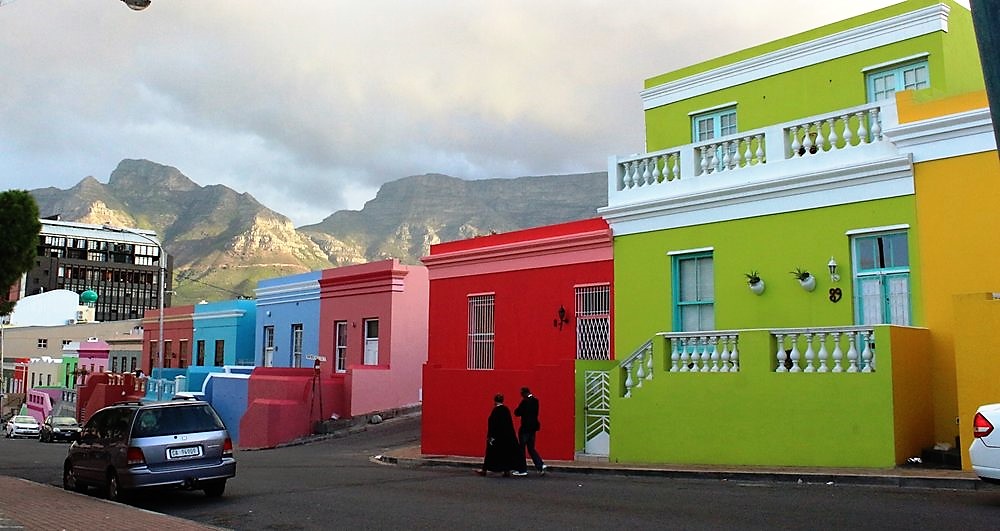 Here we check into our accommodation and freshen up before heading to one of the many world class restaurants that can be found in this cosmopolitan City.

After breakfast, we depart on a tour of Table Mountain, the huge, imposing sandstone massif standing sentinel over the Mother City.

On reaching the top of the mountain by cable car one is subject to unsurpassed views of the City, the Cape Peninsula, Africa the Ocean and beyond. This activity is weather dependent, Plan B) is a City tour.

We then depart on the scenic route around the western seaboard past some of the most expensive real estate in the world with magnificent views of the azure Atlantic Ocean as we travel southwards to Hout Bay, on over the spectacular Chapman’s Peak pass, built initially by Italian prisoners of war as it hugs the mountainside affording stunning views of Hout Bay and the ocean beyond.

After lunch, we continue to the Cape of Good Hope, reaching out into the southern Atlantic Ocean, home to myths and legends of the sea.

Leaving the Cape of Good Hope, we wind our way along the shores of False Bay and a memorable experience with the African Black footed Penguin colony at the picturesque Boulders beach before we return to Cape Town for an evening meal in one of the many restaurants. Check out after breakfast. This day is reserved for your outbound flight. 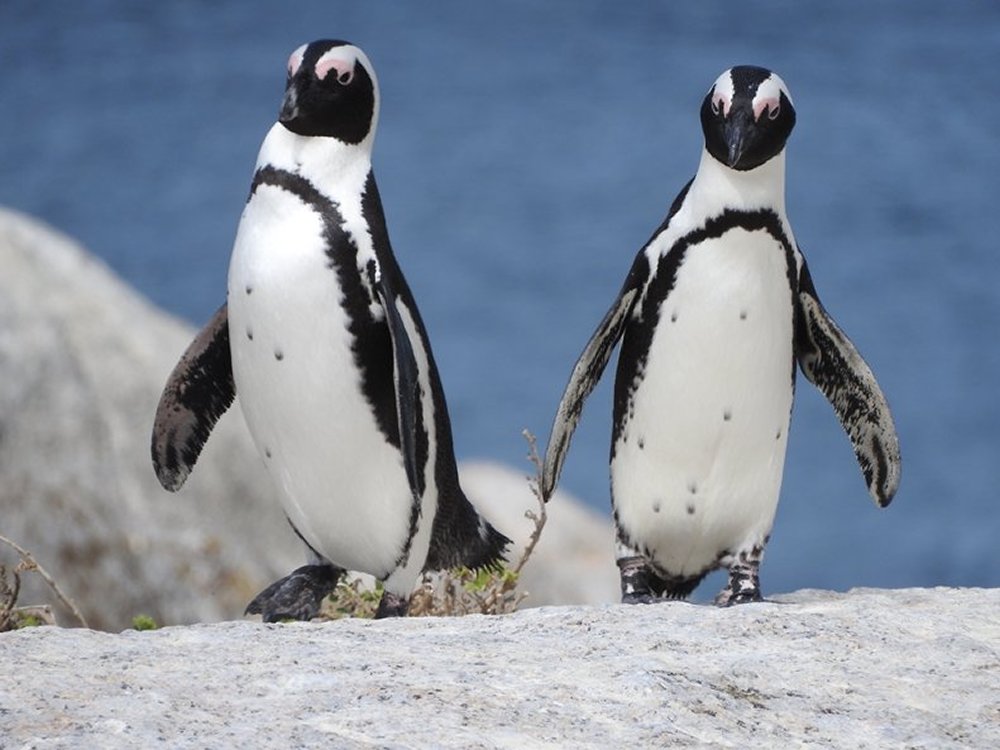