With all of the uncertainty around how our daily lives will play out around the Covid-19 outbreak, if there’s one thing we have a lot of these days its time and time to think or as I refer to it “plotting and scheming” Obviously the trick is to focus on the positives, so what do we think about? Most people (I hope) have a built in blocker to negative thought, I mostly try to only really remember the good times from experiences such as my military service for example, whereas in the early days of basic training it definitely wasn’t a walk in the park!

To get back to the present though, for a tour guide one thing that we have in abundance is, experiences! With reflection I was sifting through my memory banks of the hundreds of incidents on safari for a positive spin for today’s blog and funny enough what I’ll write about today occurred fairly recently on a Big 7 tour (morning by boat on the ocean and afternoon in Addo Elephant National Park) the 8th of march to be precise!

Picked up the seven clients from India, over here on contract to one of the large automobile manufacturers, the IT crowd! Down to the harbour for a safety briefing by Jake the charter boat captain.

We set off on “Winkel” with a forecast of calm seas and a prediction of the wind picking up around noon. There was air of joviality about, with my clients having seen a pretty gruelling work schedule, 6 days on and one day off for months on end! This morning the 8th of march happened to be a Sunday, 7th day of the week … that’s the 3rd no.7 of the day and it led to our Jackpot! (if you’re superstitious that is, or just enjoy having fun with co-incidences)

Off to a great start literally metre’s past the breakwater heading out of the harbour into Algoa Bay and we had our first sighting, a pod of Indo pacific bottlenose dolphins! Lots of Oooohs! and Aaaahs! and a rush to the front of the boat for all of those Instagram selfies!

After about 20 minutes of we moved off in the direction of St Croix island, it’s a fairly long stretch out to the island with not a lot of activity on the water, this is the stretch where we usually look out for whales, but with whale season over its slim pickings, not that we ever stop searching as there’s always a possibility of spotting a Bryde’s whale or two as they can be year round frequenters to the bay! It wasn’t until we were within a kilometre or so, of the island that the first raft of African penguins appeared followed by a super pod of a 100 plus bottle nose dolphins again, never a dull moment when you’re surrounded by “dollies”!

Following them as they frolicking around the island, Jake slotted “Winkle” into one of the of small rocky inlets on the shore for close up photos of the penguins sunning themselves on the rocky verges. During snack time I glanced over a Jake and wordlessly we acknowledged that it was a good day, little did we know how good, just a short while later!

With the wind steadily picking up Jake set the trim and we powered up for the return stretch to Port Elizabeth, my clients were braving the chilly wind and choppy spray by taking turns up front on the viewing seat with some standing at the front guard rail, just happy I guess to be out of the office seeing as their time in south Africa was now coming to a close.

The harbour was steadily coming into sight and I was standing next to Jake who had the wheel, each of us were lost in our thoughts as the monotonous thrumming of the outboards propelled us onwards through the increasingly hostile chop of small wind strafed waves. 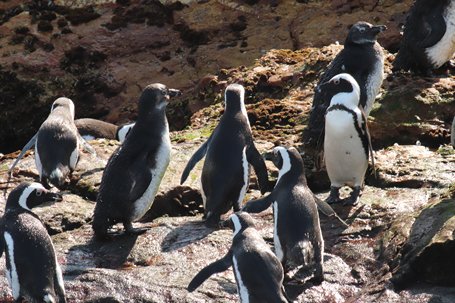 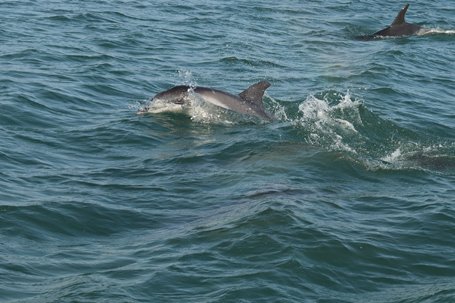 Suddenly a cry went up from the front of the boat and as I craned my neck to see, the water in the front of the bow boiled up in the panicked frenzy, of a huge school of kabeljou fish caught (as I initially thought) in the path of the oncoming boat.

Without warning the water once again erupted in front of us and a great white shark launched itself straight up into the air, eyeball to eyeball with the IT crowd clustered at the rail, it hung there for a split second and then following its natural trajectory , arrowed straight back into to the water after the terrified shoal! Insane! So close that the front row could have touched it! The rush of the wild!

Never in my wildest dreams would I expect to see that apart from on Discovery channel or Nat. Geo!

Living a life less ordinary is why we do what we do and just when you think you’ve seen a fair shake of what mother nature can dish out, she’ll reward you and in spades too boot! Job satisfaction and the knowledge that my clients are part of a pretty select club for having witnessed that will keep me coming back for the unexpected, time and time again! 777 sometimes the stars just line up! 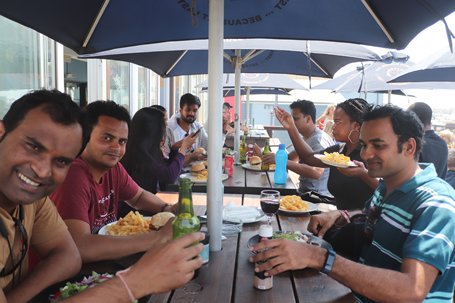 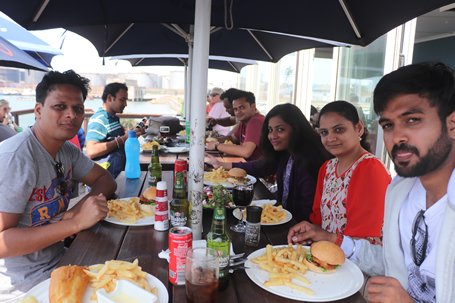 After a calamari and hake lunch on the deck overlooking the yacht club the hits kept on coming with multiple elephant and lion sighting in Addo with 4 of the Big 7 being spotted in one day! 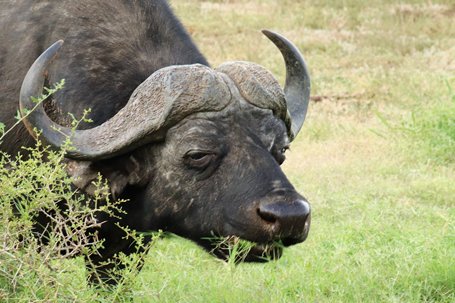 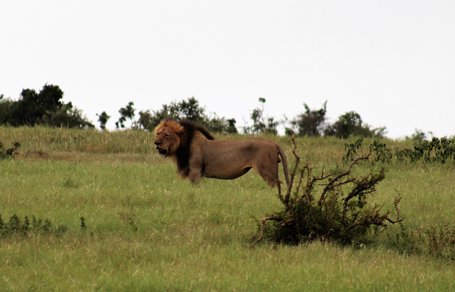 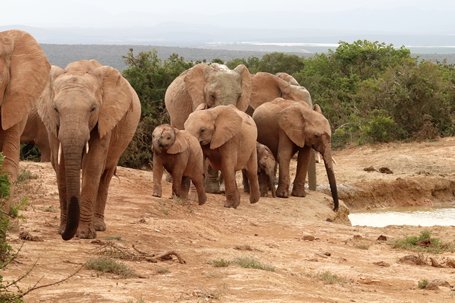 Let’s hold onto those special memories with the goal of many more to come once we’ve figured out how we can regain a semblance of what used to be!

Words and photographs by Andrew Holmboe