Tours have been predictably quiet recently but I had an early bird start on Wednesday, voting day. Picked up my only guest at the bus station at Greenacres shopping centre at 6.40 am and headed out to Addo; early bird express with Yi Ming Liu from Szechuan province, Republic of China, who had arrived overnight from Cape Town. He had spent 5 days in the Kruger National Park where he had seen the Big 5 in one day, “Velly lucki me, velly lucki Biig 5 only one day ha ha ha”. Challenge on bud!!

Check into Matyholweni gate while the birds are still yawning while peeping over the edge of the nest, a drizzly south westerly with the promise of some seriously heavy rain in the offing.

With the vision of an early encounter of the by now famed Aardvark of Mbotyi loop firmly in mind I swing into the entrance of this soggy loop, dodging mud puddles in the hope of keeping the Land Cruiser relatively mud free for the next day’s tour and before even seeing the hint of anything else, when simultaneously we see the spectacle, “Haaaa!!” he says, as only a Chinaman can.

Me, speechless, I can’t believe my eyes, here are two massively handsome male Lions holding a Buffalo bull in the final coup de grace, the death grip, right there on the side of the road not 50 meters from the turn off. You can still see the skid marks the three made in their collective struggle for life or death while sliding across the muddy road surface. Positioning themselves, manes dripping in the rain, the smaller, showing a distinctive mud coloured side strip in evidence of the death hold he had on the throat of the buffalo, to open and feed on the warm carcass. All to ourselves as we watched this primordial play acting itself out in the dense thickets of the Addo Elephant National Park, part gruesome, part awesome, part astounding, the reality of nature in its most basic elements, eat or be eaten.

It is not the first time I have been witness to this incredible scene, hopefully not the last but as always a privilege to be able to witness the sheer and devastating power of these top predators reducing life to its most basic is something that will remain with me and I am sure Yiming forever.

Words and Photographs by Alan Fogarty 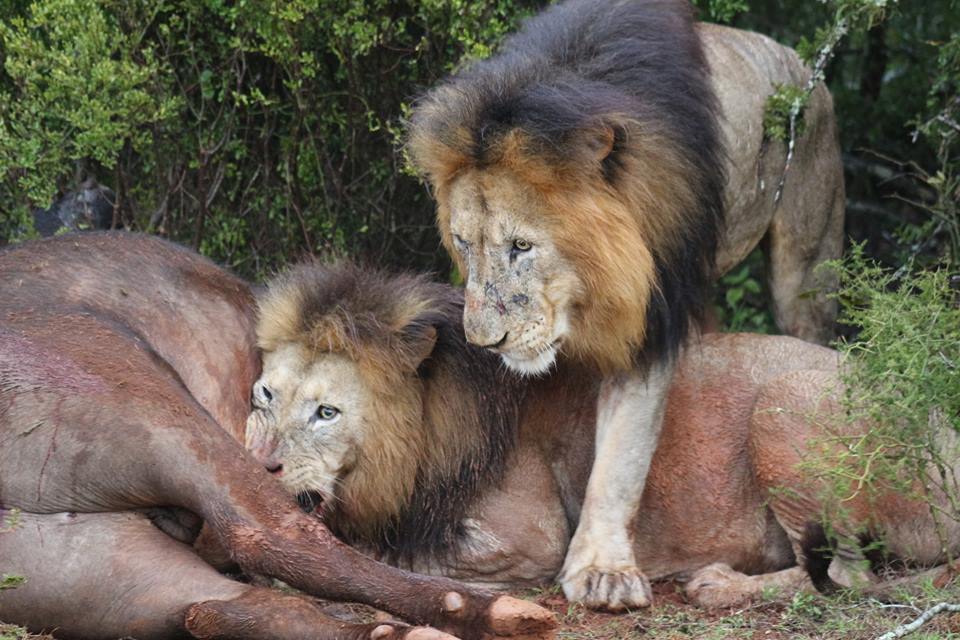 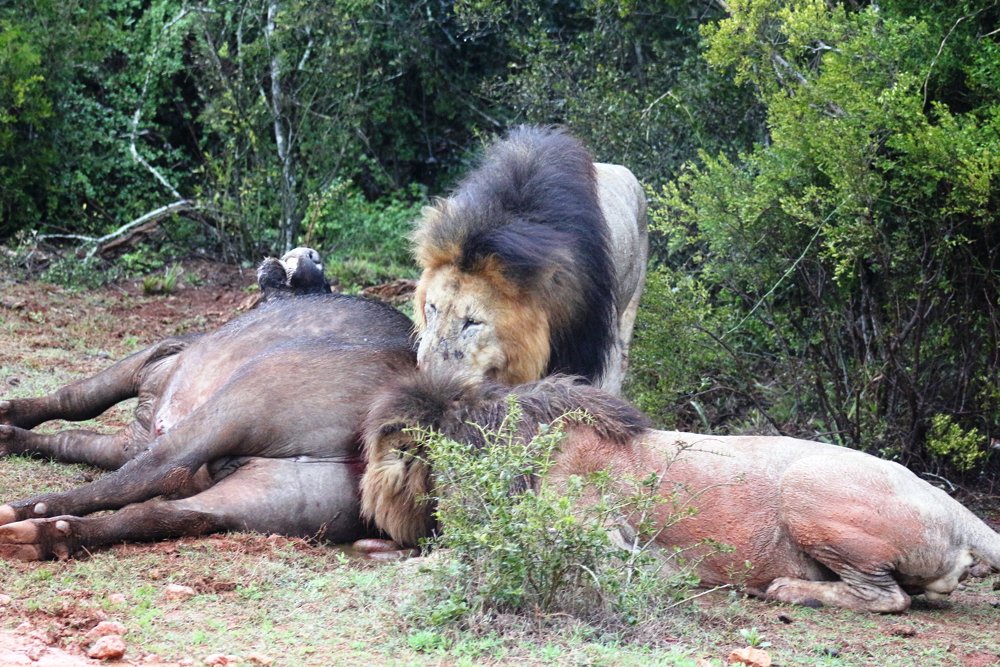