Had a wonderful day with an equally wonderful family from San Diego, California, USA yesterday. Rupal and Ashesh, a couple from India, settled in the US with their son, Jason a young man about to enter university. They chose to visit two parks near Port Elizabeth on their first day ever in Africa. How’s that for an honour? Well it could have gone either way but the ride took the high road and we landed up having a wonderful day together.

First out we went to the Kragga Kamma Game reserve on the outskirts of Port Elizabeth. This is a family run entrprise on the border of suburbia and a great way of getting up close and personal with a wide variety of African big and small game. Easy to view and easy to access. Not a minute into the Park, while watching a few antelope and warthog we saw the first of the Rhino appear slowly feeding over the hill heading in our direction.

The Cantors, the owners, have had to cut the Rhino’s horns off in an effort to help these amazingly docile and gentle pachyderms survive the poaching onslaught that threatens to exterminate the species in our lifetime. Leaving this huge bull for a nearby herd of buffalo, many with calves, resting as they bathed in the morning sun. Zebra, Bontebok, Mountain Reedbuck, Impala and many more graze or feed quietly on the thick pastures as we drove passed. Stopping at a Tower of Giraffe (collective noun) within touching distance of the car, the Patels oohs and aahs as the youngster peered into the vehicle brought a smile of appreciation at their enjoyment.

Another wonderfully close up sighting of the rest of the Rhinos brought us to the gate of the enclosed Cheetah compound. As we entered the double sliding gates we could see the Cheetah approaching the entrance / exit, with a car desperatly trying to get back out again but the Cheetah seemingly, playing a game to keep them in the enclosure.Wicked, had us in hysterics as they didn’t want to put their hand out to press the button for the gate to open as the Cheetahs, 3 of them were right there. 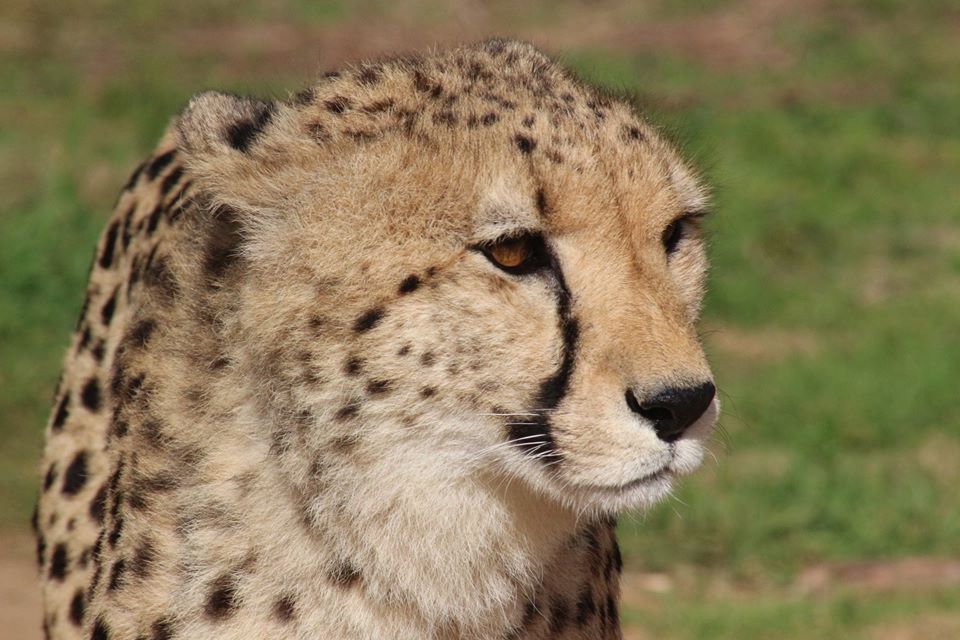 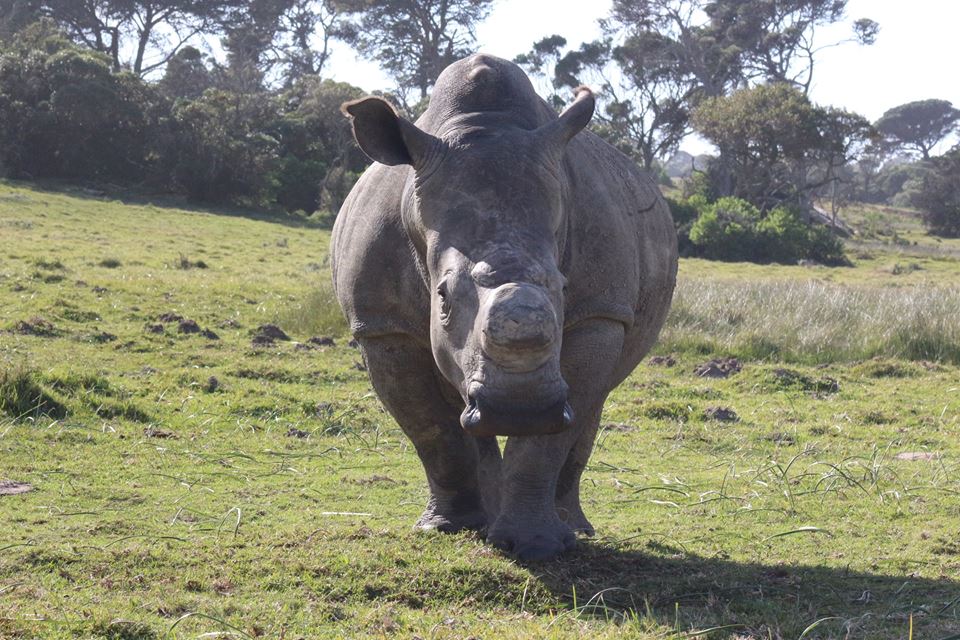 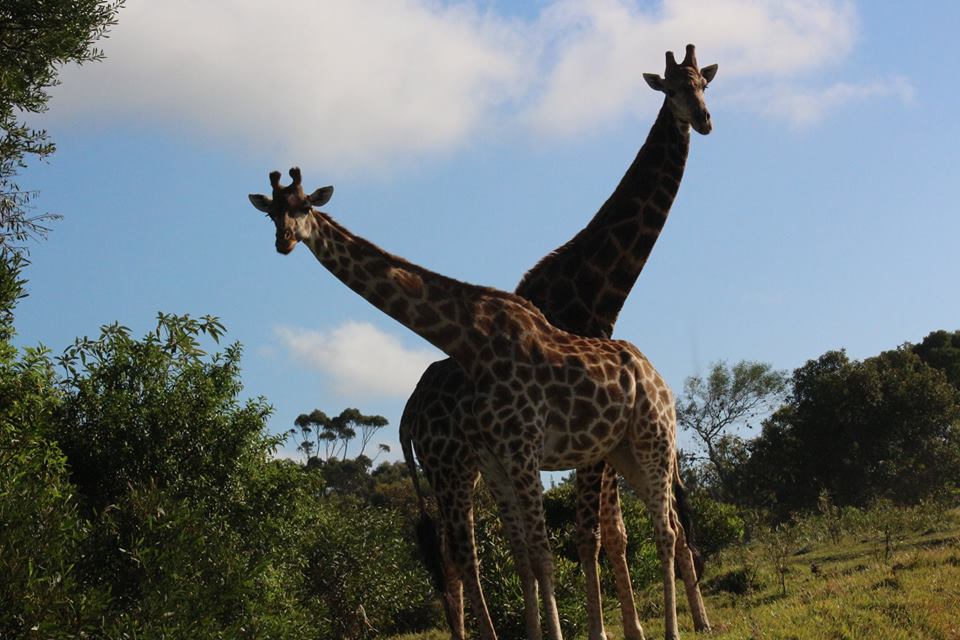 We had a really close up sighting of all of these semi wild cats before having a quick bite at the restaurant and heading out to the Addo Elephant national park about an hour’s drive on the far side of Port Elizabeth.

One tends to be sceptical about doing two half day tours to two different reserves and one needs to manage expectations about what can and or can’t be seen. On entering Addo, it wasn’t long before we started spotting a few Zebra, Red Hartebeest, the ubiquitous warthogs and a few Elephant bulls at the waterhole after which the pressure is somewhat reduced after this and one tends become a little more relaxed about the day and the more relaxed you are the better the game viewing gets. Off towards Jack’s picnic site for a comfort break we came across a number of family groups of Elephant right on the edge of the road. The Patels were again, ecstatic and just couldn’t believe what they were seeing. Straight out of the Californian desert and here we are having personal relations with Rhino’s, Giraffe and Elephant amongst a whole lot of other creatures and the cameras are rolling… 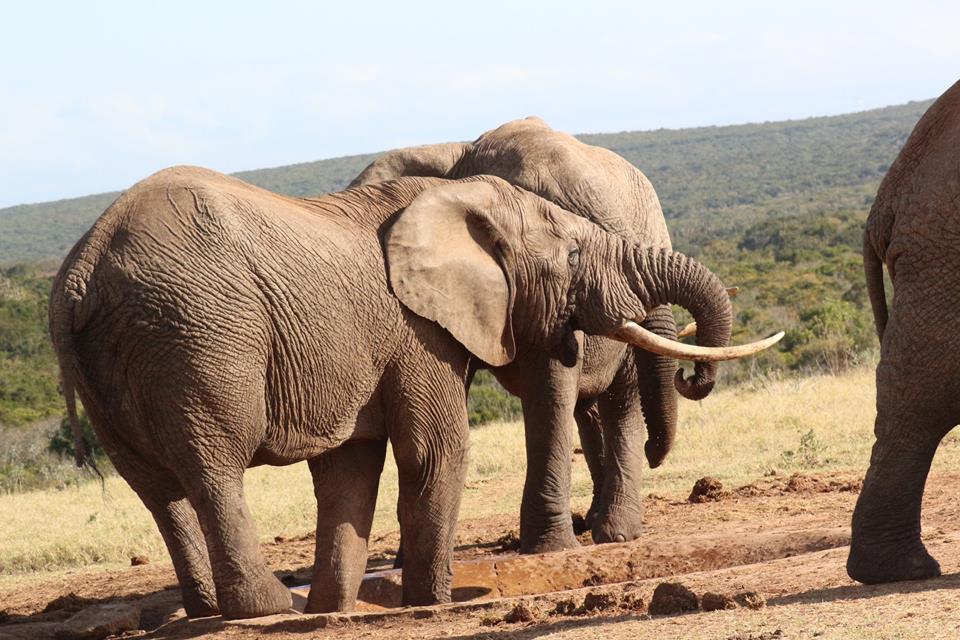 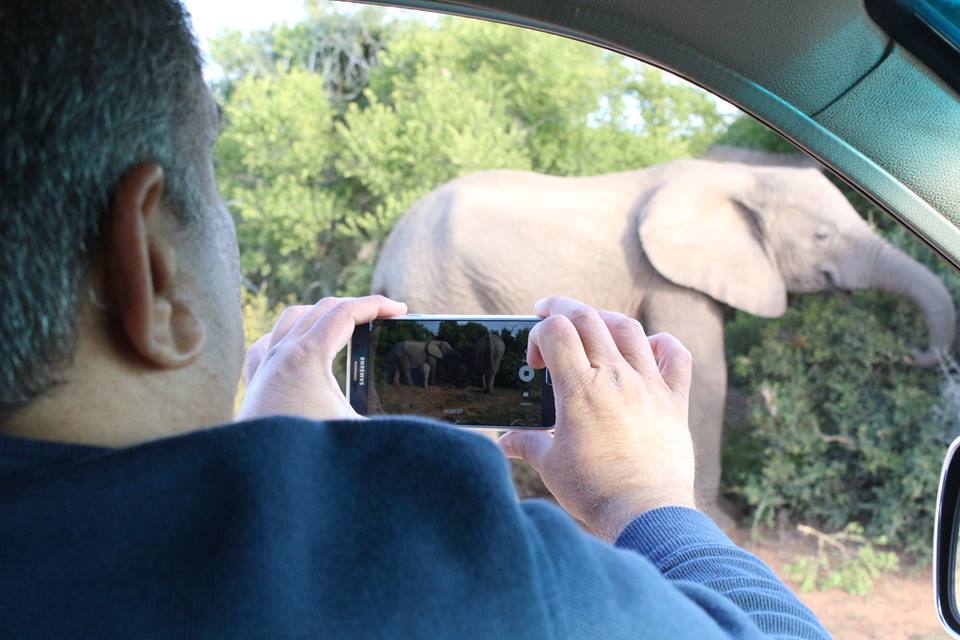 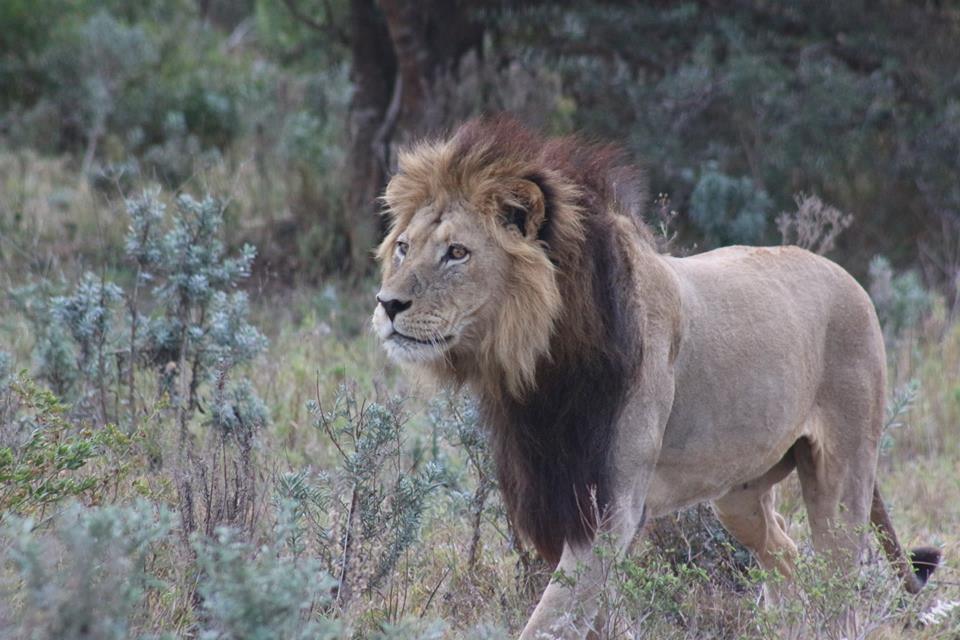 On the way back from Jack’s we get stuck in an Elephant Jam, as a family herd spreads itself across the road forcing this guy, traveling in the opposite direction to back up next to us, where he opens his window and asks in a thick Souff Efrican accent if we had seen any Lions? Well no, but we’re on our way to investigate a sighting on the Jack’s magnetic board. Ja, ffree of dem on a kill in Harvey!! Ok bud, thanks boet and off we go, sort of sliding past the last female on the side of the road.

We stop momentarily when we spot two rhino high on a hillside but far off, a quick picci for proof before heading back on the road south. Turning into Harvey loop a guy in this gorgeous Porsche Cayenne is just coming out, I flag him down. Ja, he says we were lucky enough to see three lions on a kill, a lioness and two large cubs but they just left (Aaah shit) and are walking up over the low hill, heart sinks. Ok guys we’re going to give it a shot in any case, Ja? Try to stop me and off we go.

We all saw him at the same time, coming directly towards us, tanned head framed by his long black mane. We stop at the side of the road, the only car in the area and he kept on coming almost directly up to the car, stopping to mark territory all the time and seemingly very interested in something in the shallow valley across the road. We got some really nice pics of him before he crossed right in front of us, spotting the Lioness and her to girl cubs as they playfully chased each other in the open field. The big male slowly made his way over to the females who were really happy to have him over for company.

What a day, what a first day in Africa.