God and the After Life

The Bushman’s god is nothing other than the unseen but all-encompassing prescence of the wilderness and the vast sky and mountain. They prayed occasionlly to the Sun or the Moon and the Stars, but they could give no explanation as to why they did this. Sometimes they called this prescence ‘Kaang’ or ‘Cagn’ and not only attributed to him human characteristics, but also many charms and magical powers.

Bushmen also appear to have had a belief in an afterlife. A dead man’s weapons were buried with him, and his face was turned to the rising sun, as they believed that were he to face the west it would take the sun longer to rise the next day. For burial the bodies were sometimes annointed with a red powder and melted fat.

They were then placed in shallow graves, in a curled-up position – the favourite sleeping posture of man in life. Some African tribes would break the bones of their dead upon internment (perhaps to deter their ghosts from walking and wandering around), but the Bushmen never did this. They allowed the corpse to remain intact, and merely raised a small cairn of stones over it to prevent wild beasts from scratching up the remains. 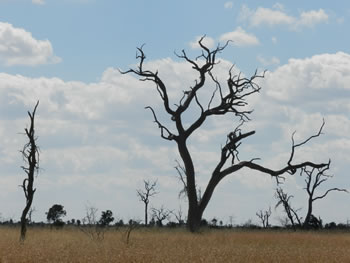 A deep belief in charms and witchcraft and a dread of violating them are part of the heritage of the Bushman. He will not let his shadow fall upon an animal that is dying as this will surely bring disaster upon him. He will not dig a hole in a sandy bed of a dried up stream in order to search for water, no matter how great his thirst, until he has made a little offering to propitiate the spirits of the stream.

This can be a piece of dried meat, some ant larvae or, if he has nothing else, one of his precious arrows. The spirit was believed to take the form of a man of gigantic size, red or green skinned, with white hair and the ability to make himself visible or unvisible at will. 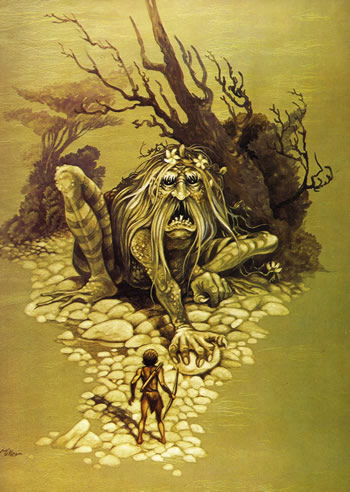