The flowers of the Namaqualand

Leaving cold Calvinia behind we took those wide back roads to the north east, the veld, bar for a few late blooming Aloes, was clothed in its winter grey’s. Stopping in Loeriesfontein the petrol jockey, with a glint in his eye mentioned that we were too early for the flowers.

At this stage I was getting quite despondent, some time ago we had come up to Namaqualand on an impromptu trip after a visit to Cape Town where the spring flowers had put on a rather meagre display and here we were, having met the harbinger of bad news in Calvinia telling us there were no flowers, we were too early and now the bright, helpful petrol pump attendant at the local Loeriesfontein petrol station who chuckled to himself at our enthusiasm, telling us that we were two weeks early for any flowers so, under a cloud of despondency that we set off on our quest to find the fields of gold and orange.

Long straight dirt roads, each distant bend covered on the inside by sink plate, the Afrikaans terms for corrugations, passing almost non-existent places such as Kliprand, Platbakkies and Leliefontein where on the outskirts, hard earned tax money had built a perfect brick traffic circle at the junction of three roads in the Kamsieberg mountains right there slap bang in the middle of nowhere, The edges of the circle were adorned by a few of the locals who it would seem came out to view the odd passing motor car lazily passing through the junction.

We eventually descended these picturesque mountains to arrive at the village of Kamieskroon, so named after a particular peak that resembles a crown and was surprised to find that we had landed up right in the middle of the fabled fields of daisies shining brightly all over the village. 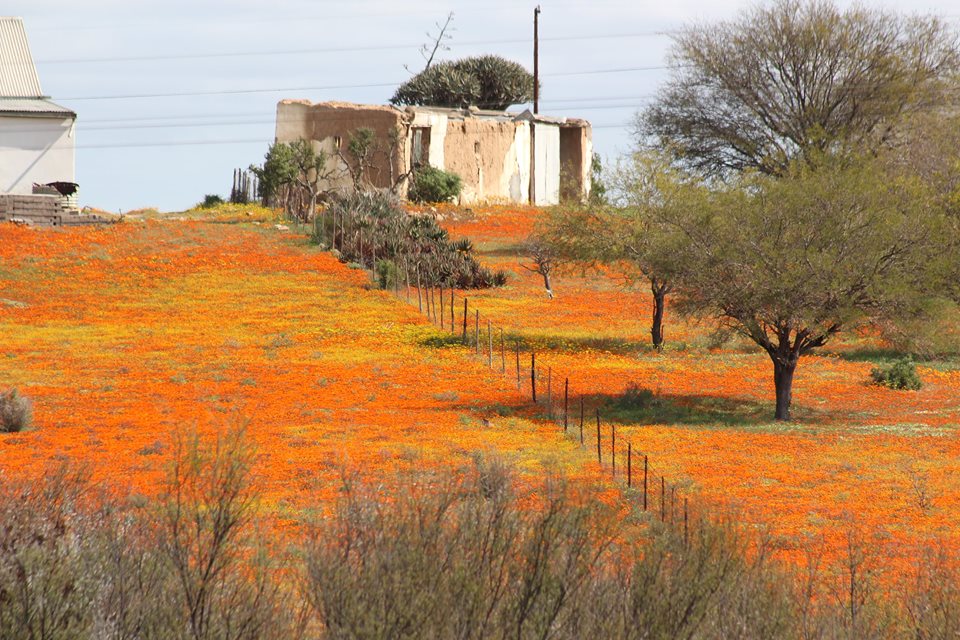 Two nights at the Kamieskroon caravan park gave us a chance to absorb the ambience of the spring flower extravaganza, wondering through the nearby Namaqualand National park and meeting a few of the wonderful local people, After Kamieskroon we left for Springbok and one of the very best camping site in South Africa, for the simple reason that it was on a remote and historical farm, Modderfontein, the owner of which was so friendly and helpful that it was difficult to leave this tranquil part of Namaqualand. Dragging ourselves away we left for the coast through expansive fields of daisies and other flowers for as far as the eye could see. 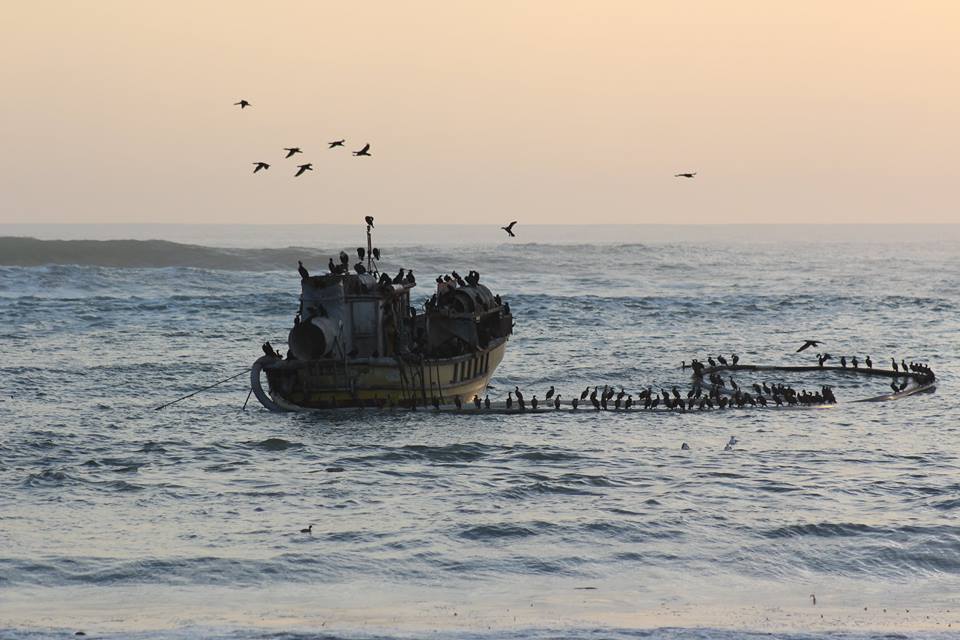 Arriving in Hondeklip baai we hit the coffee shop in our quest to find a camp site we were directed to the municipal offices where the Tannie in charge sat in a dirty chair with a thermal of flies circling above her head, I introduced myself and asked for a site in the local and very empty caravan park. She sort of sized me up and said in that sharp but laconic West coast Afrikaans that the hot water geyser “Was Klaar, stukkend”. No, no I protested we didn’t need hot water as we could wash in the sea, but that I would like a little hot water discount. Ha ha ha, as she reaches over for a bunch of keys and tossed them over to me indicating that there was no charge.

After exploring the “Baai” and the perlemoen (Abalone) farm we went back to caravan park, right there on the shore where we were the only residents, lit the evening fire and went down to the seashore for a long lazy bottle of wine on the dunes watching the sun go down over the bird busy Atlantic Ocean. What a way to go.

Leaving Hondeklip baai and the diamond diving industry behind us we headed back inland for the Tankwa national Park, a place I had yet to experience, a long drive but stunning in its absolute remoteness and solitude, part of the driest place in South Africa. What a night sky it was too, one just doesn’t realise how bright and beautiful the milky way can be until you see the night sky on a moonless night in this desert environment, not far from Sutherland as it is and one of the largest telescopes in the world.

After this thought provoking experience we headed back through Prince Albert for lunch at the Lazy Lizard and home Jerome ….. 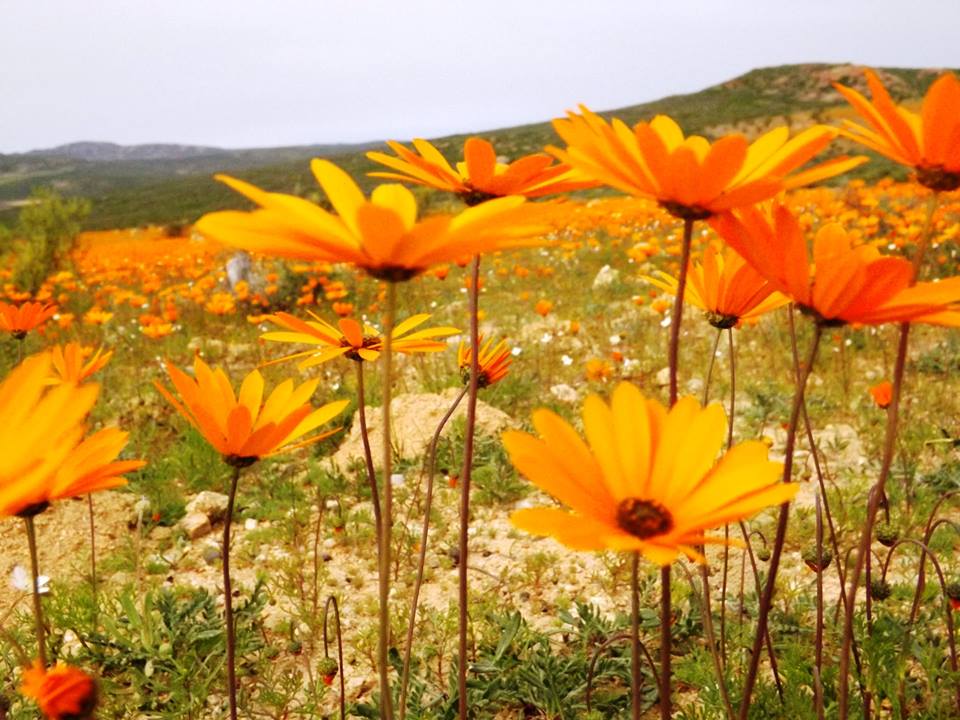