South Africa – The most beautiful country in the world 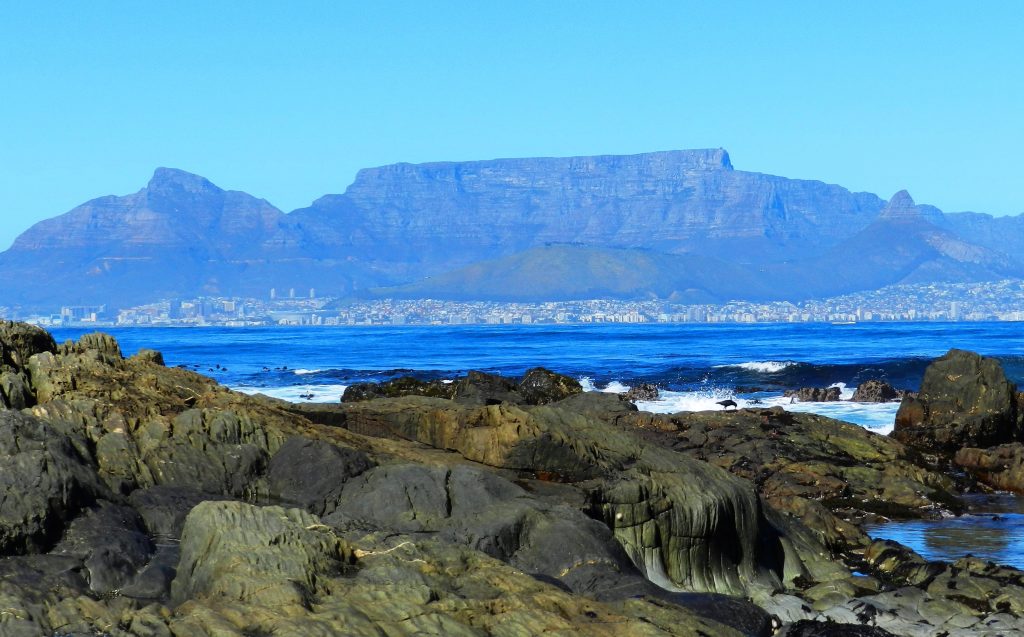 This country sweeps international travel prizes and has travellers raving about its beauty so much that it has the highest repeat tourism of any long haul destination in the world! Considering how crazy people are about the place, it’s not surprising that South Africa takes the top spot in the beauty stakes.

Not only does the country have stupendous natural beauty, but it’s urban-amazing too. The town of Franschhoek has been named amongst the five loveliest in the world, and the metropolis of Cape Town is more often than not picked as the most beautiful city on earth by travel lists and tourists alike, because of both its unparalleled natural setting and gorgeous architecture.

South Africa also has an astonishing variety of marine life, with almost twice the number of marine species as the whole Mediterranean in a coastline only 2000 miles long. It’s the best place in the world to view whales from shore, and to swim with great white sharks. The world’s largest migration of Ocean life occurs here, and is one of the two largest migrations of any kind on earth.

With some of the finest national parks in the world, including the Kgalagadi, Isimangaliso, Hluhlue Imfolozi and Tsitsikamma, South Africa has been rated the finest wildlife destination on earth and is Africa’s most biodiverse. That’s much of where it leaps ahead of other countries in terms of beauty. What’s better than a great sunset? A great sunset with giraffes or elephants in front! The Greater Kruger National Park and Limpopo Transfrontier Park has more species of large mammal than anywhere else in the world. Surrounding Cape Town is the world’s densest plant kingdom by species count. The King Protea flower is a gorgeous bloom the size of a dinner plate!

Surrounded by Cape Town is one of the New Seven Wonders of Nature, Table Mountain. When viewed from across Table Bay this world wonder provides one of the greatest views on Earth, and has been named one of the world’s greatest mountains. Incredibly, two of the eleven mountains chosen for this honour are located entirely within South Africa, more than is claimed by any other country. The other is the Amphitheatre, a gigantic cliff regarded as one of the most impressive in the world. Its cliff face is around ten times the size of the main South Western face of Yosemite’s El Capitan and six times the size of the North Face of Switzerland’s Matterhorn!

The Amphitheatre is found in the Drakensberg, one of the world’s most beautiful and utterly distinctive mountain ranges. It has been named the third in the list of must see mountain ranges you’ve probably never heard of. Falling off its face is possibly the tallest waterfall on earth, though officially the second tallest, which is arout twenty times the height of Niagara! ‘The Tugela Falls’ plunge over 3000 feet in 5 abrupt steps! This, together with the Augrabies falls, is one of two South African falls named in the Top 10 waterfalls in the world. In the North of the Drakensberg is one of the greatest and most beautiful canyons in the world, the subtropical Blyde River.

Other mountain ranges in the country include the best-exposed fold mountains in the world, The Swartberg or ‘Black Mountains’. Unlike their name suggests, these mountains display astonishing technicolor sandstone cliffs folded in all directions through what geologists call anticlines and synclines. They house one of the most beautiful cave systems in the world, the Kango. Four of the ten oldest mountain ranges in the world are found in South Africa, including the breathtaking Waterberg and the stunning Makhonjwa range, the oldest in the world. This is a country of astounding age, and is the place where both the oldest fossils and the oldest gold have been found.

Even the deserts in this country are astonishingly beautiful, from the powdered red sands of the Kalahari to the Karoo and Namaqualand. The latter is an incredible arid area larger than California that turns into the world’s largest garden each Spring in a floral display unrivalled anywhere on earth. Thousands of species of flowers bloom and transform the landscape unimaginably. It, together with Technicolor city suburbs like the Bokaap, is part of why the country has been called the world’s most colorful.

Unsurpassed wildlife and mountains, whales and waterfalls, architecture and antiquity, the world’s most beautiful city, and the world’s most stunning Spring, plus a host of natural treasures make South Africa “The Most Beautiful Country In The World”, and a must-see traveller’s dream.